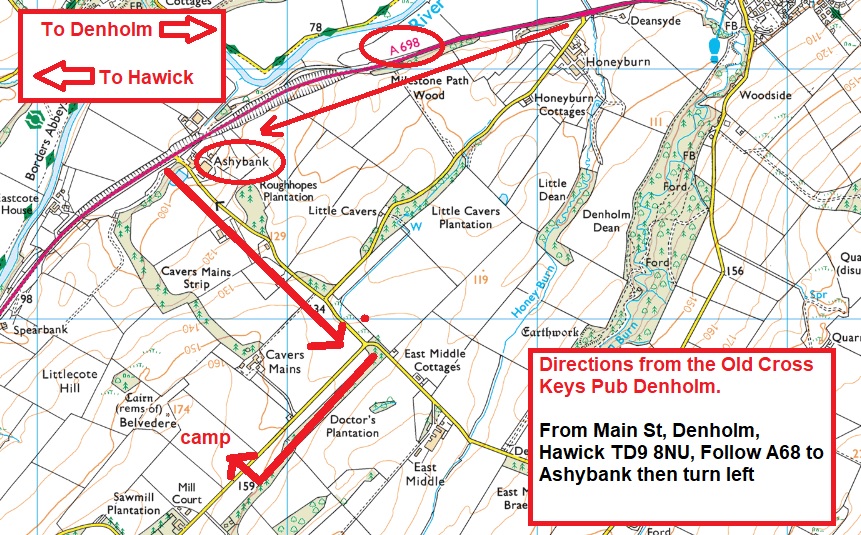 But FIRST here is a bit of history

Toddy Irvine held Scotland’s first in over 16 years in 2005 at Bannockburn on a very wet Sunday as you can see from the slides below.  I was running me metal detecting shop at the time and also was chairman of a club I had formed in 2003 & also first to chair the newly formed NCMD Scottish region.  I had attended loads of rallies in England over the years and met many people and had a fantastic time at these events BUT we never had anything like it here?  My vision in 2003 was to try and do was to bring English style rallies to Scotland with a large Marquee, Trade stands, Manufacturers and quality detecting land along with experienced detectorists on hand to make the day go smooth.

After a few more years of running my shop and club I felt it was time to take a back seat from the club and rally scene and focus on my family and my own detecting….YIP you guessed it that never lasted long and around 2007 I started Scottish Searchers which was the VERY first weekly digs ever in Scotland which lasted until about 2009 then in 2010 it became Toddy’s Digs.  The Dream was to materialize in 2011 when I held Scotland’s First Big Scottish Rally in Linlithgow with the help of my good friends, Jim Gosk, Bobby Bates, Rab White, Rodger Shearer, Alisdair Mcpherson and not forgetting my wife Pauline.  We had Teknetics, Fisher in attendance and also Nigel from Regton Ltd.  To say it was easy is an understatement as WE were designing the template for future rallies in Scotland and Toddy’s vision was materialized all the way from that first rally in 2005.  I had done it with the help of good people who are still with me today.   As you can see from my rally videos since then each year we have came back BIGGER and BETTER each year and the BEST was 2018 …WE SMASHED IT!

As you can see from the videos above that Toddy’s vision from 2005 and shear dedication to his weekly digs where our team of very experienced detectorists have helped 1000s of new detectorists come into the hobby and meet friends for life and go on to discover some of Scotland’s best treasures has manifested into the thriving metal detecting scene you see today.  Back in 2003 all you had was a couple of clubs…look at it now!!!  ONWARDS TO THE FUTURE 😉

TICKET SALES HAVE CLOSED ….NO TURN UP AVAILABLE UNLESS ADVERTISED